To discuss these issues, 9 experts in the fields of philosophy, physics, neuroscience and psychology provide their insights. Along the way, they offer more personal stories and anecdotes that illustrate the issues at hand. 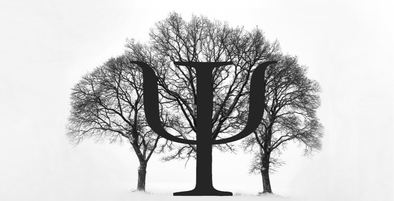 Episode 1: Free Will
The Problem of Human Freedom
​Are we free to be who we want to be? Do we have free will? If the world is determined, does this mean we don't have free will? In this episode, we will see how the answer to these questions depends on how we define free will and how philosophy is split between two very different conceptions of freedom: compatibilism, that says that free will is possible in a determined world because free will is just the ability to be morally responsible, and libertariansim that says  that free will is not possible in a determined world, because it requires some real randomness such that if we were to go back in time, we could actually have taken a different course.
Episode 2: The Universe
Is There Any Randomness in Physics?
The first condition for a libertarian kind of free will is that there be some real randomness in the universe. For centuries, classical physics has reliably shown the universe to be deterministic. However, since the early 20th century, quantum physics has opened the possibility of real randomness happening at the subatomic scale. In this episode, we will explore different interpretations of quantum physics, including parallel universes, to see what they have to say about the existence of real randomness in the universe.
Episode 3: The Brain
Is There Any Randomness in Our Neurons?
It's not enough that there be randomness in the universe for the libertarian kind of free will to be possible, because this quantum randomness, if it really exists, also needs to have an effect on the brain, so that our decisions could be in some way undetermined. Is this possible? And if so, how does that make us any more free or responsible for our actions? Why doesn't that just make us randomly acting objects?
Episode 4: Libertarianism
Being the Authors of Our Lives
How does the randomness play into a useful conception of free will and allow us to be ultimately responsible for who we are? How does quantum randomness help construct this more intuitive kind of free will - that is, that we genuinely could have done otherwise, in a deep way - and what does that say about how our life paths actually evolve?
Episode 5: Compatibilism
The Moral Agents Club
If there is no randomness in the universe, can we still be said to have free will? Many philosophers, called compatibilists, believe so, because for them free free will is the ability to be morally competent, which doesn't need to be undermined by determinism. Understanding this kind of free will requires exploring the social origins of responsibility and morality itself.
Episode 6: Smoke & Mirrors
Being the Narrators of Our Lives
​If we do indeed live in an entirely determined world, then what should we think of the libertarian kind of free will, this strong, intuitive sense we have that, if we were to turn back time, we actually really could have taken a different course? Is it an illusion? Perhaps free will is just one of the tricks of the master show of the brain: consciousness. Why do we believe in our own agency so strongly? And if it is an illusion, is it worthless?
Episode 7: Choice
The Paradox of Freedom
Whether or not we are actually free with regards to physics, as social beings we believe we are free and modern societies are the most advanced playgrounds for free agents. Seeing as choice enhances freedom and that freedom enhances well-being, more choice should therefore enhance happiness. However, this equation between choice, freedom and happiness may be deeply flawed, as too much choice can lead to paralysis, bad decisions and regret.
Episode 8: Regret
Parallel Universes of the Mind
What is regret and why do we feel it? How does it relate to the notion of "counterfactuals" and our ability to imagine alternative possibilities? If we are free to chose our lives and empowered to control our path, why would so many people today struggle with lifelong regrets? We will see how the explosion of choice, coupled with our intuitive belief in our own free will, amplifies regret. But at the same time, by studying how regret operates in the brain, we come to uncover how regret is a very important psychological tool.
​Episode 9: Happiness
Lessons for Living Free
Learning is the underlying drive for all scientific and philosophical pursuits, including the conversations held for this series. So what extra lessons could be gleaned from them? The nine men in this series had come from different parts of the world and spent their lives dedicated to pushing the boundaries of their specific fields of research. But what about their own lives? How had their own trajectories gone? How lucky had they been? What were their regrets? Despite their fundamental disagreements about matters of philosophy and science, their personal stories illustrated common themes about how to lead good lives.